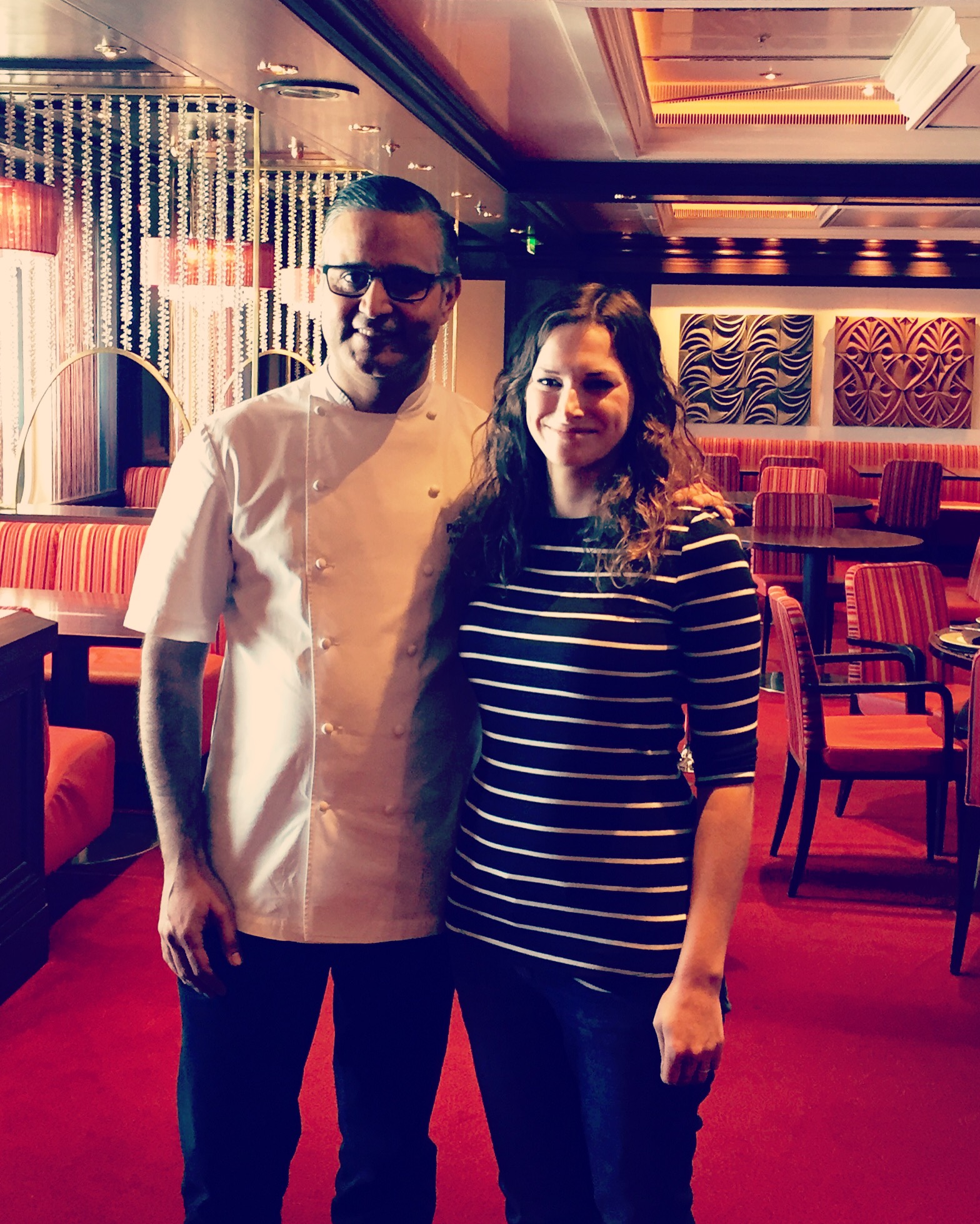 Imagine going on a holiday where you could spend time with your favourite rock stars or mingle with actors from a top TV show. Well now you can. Enter the themed cruise, a unique holiday which focuses on a specific topic, such as ballroom dancing or classical music. These cruises serve as a place where likeminded enthusiasts can sail together and talk about their hobbies, but they still get to experience exciting ports.

Themed cruises are fairly common nowadays, but did you know there are over 500 to choose from? Here’s an outline of the weird, the wonderful and the most popular:

From cookery schools and masterclasses to foodie excursions and wine tastings, here are some tasty top picks:

Food Heroes Cruises (P&O Cruises) – Choose from a series of cruises where you can meet one of P&O’s celebrity food heroes. These include Marco Pierre White, Atul Kochhar and Olly Smith. On Britannia, you can join James Martin’s Cookery Club and learn how to cook like a top chef. In 2015, Mary Berry, Antonio Carluccio and Nathan Outlaw all hosted classes at The Cookery Club. P&O Cruises are also well known for their Strictly Come Dancing themed cruises.

The Culinary Centre, Oceania Marina (Oceania Cruises) – Join top chefs from around the world as you cook delicious dishes at the onboard cookery school. Classes include ‘Amore Italiano,’ ‘Global Gourmet’ and ‘La Technique Francais.’

The Kiss Cruise (Norwegian Cruise Line) – Join Kiss and friends as they rock the high seas. Expect lots of costumes, with regular themed parties, Q&As with the band and, of course, face painting. Keep an eye out for the Gene Simmons Axe Bass Petting Zoo, where you can have a strum on his guitar. The 7th Kiss Cruise sailed from New Orleans in November 2017.

Backstreet Boys Cruise (Royal Caribbean International) – Get up close and personal with these 90s boy band favourites. The BSB Cruise has been running for several years, but 2016 was the first time it was hosted in Europe.

Star Trek: The Cruise (Norwegian Cruise Line) – Proving extremely popular, 2017’s Star Trek: The Cruise was sold out. It was hosted by George Takei and who was joined by other cast members for a cruise around Mexico and the Caribbean. Think themed bars, Holo Nights, interviews with the cast and lots more.

The Walking Dead Cruise (Norwegian Cruise Line) – Soak up all things zombie apocalypse as you meet some of the stars of this popular TV series. You can expect Q&A sessions, autograph signings and concerts across the week. The next cruise departs in January 2018.

World Cup Cruise 2018 (Azamara Club Cruises) – Set sail for a Baltic cruise which takes in Sweden, Denmark and Holland. The highlight of the itinerary is the chance to watch a World Cup match at Zenit Stadium, St. Petersburg.

Grand Prix – Sail with one of the following cruise lines next year for the ultimate Formula One experience. A full list can be found here.

The Best of the Rest

If those options seem a bit tame, take a look at these wild and wacky themes:

The Nudist Cruise (Carnival Cruise Line) – Organised by Bare Necessities, The Big Nude Boat returned in 2017 for a cruise around the Caribbean. Highlights include the ‘For the love of Nude Film Festival,’ tribute bands and a passenger talent show.

Knitting Cruise (Holland America Line) – Cruising to Norway and the British Isles, learn about knitting and textiles through excursions, lectures and masterclasses.

The Meow Meow Cruise (Carnival Cruise Line) – Calling all cat enthusiasts! Leave your moggy at home and join the ultimate cruise for cat lovers. Onboard fun includes trivia sessions and scavenger hunts. You can also purchase a t-shirt with a photo of your cat on it…