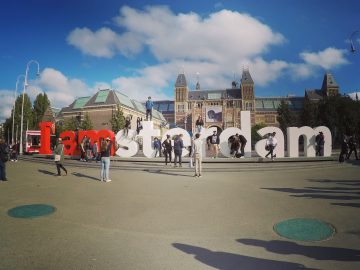 Amsterdam: A City of Culture

Amsterdam is a city that never seems to sleep. Its busy squares and central streets are filled with a constant flow of people of seemingly every type of nationality. From shoppers and workers to tourists on cruise ships and weekend breaks, you cannot fail to notice the mix of languages and accents around every corner.

This is a city oozing charm. Veer off the main drag on to one of the quaint side streets and you are greeted with ornate bridges, long stretches of canal and immaculate residential properties. Wherever you go, you will hear the ringing of bicycle bells on the busy cycle paths favoured by locals.

If cycling isn’t your cup of tea, it is easy to walk around Amsterdam and there is an efficient tram service. For those wanting more of a guided experience, there are hop-on, hop-off bus and boat options on offer throughout the city.

Amsterdam is famous for many things. Aside from its museums, the city has a very well known red-light district, which tourists flock to year round. This district has an excellent selection of bars and restaurants and boasts a lively nightlife with a variety of nightclubs. Don’t be afraid to venture in to the red-light district during the day as, like the rest of the city, it has pretty canals and traditional Dutch architecture at its core.

The city’s flower market is also popular with visitors. Known in Dutch as Blocemenmarkt, this is the world’s only floating flower market. Founded in 1862, it consists of a series of florist stalls selling extensive selections of bulbs and flowers. You will also find touristy souvenirs, such as magnets, available to purchase. Nearby, the P King restaurant serves up the best steak sandwich I’ve ever tasted!

Many of Amsterdam’s museums are located in the museum quarter, which takes around forty-five minutes to walk to from the central train station. The walk is pleasant and it takes you through the main shopping district. The vast array of museums and galleries on offer can seem quite daunting at first. This is why I’ve selected five of my personal favourites, to help inspire people looking for cultural things to do in the city:

Perhaps Amsterdam’s most famous museum, the Anne Frank House is open to the public and commands an adult entrance fee of €9. A modern complex has been added on to the original house, which has been left close to its original state when the Frank family were captured during the Second World War. The Anne Frank story is well-known due to young Anne’s diary, which was made public after the war. In it, Anne documented her experience as a young Jew hiding out in the Frank house, trying to evade capture from the Nazis.

The house is very poignant and sad. Visitors get to view the living quarters, including the bookcase, which hid the door to the secret living quarters. The modern part of the museum houses her original diaries and storyboards outlining the history of the family. There is also a pleasant café. A word of warning: walk-up tickets can only be purchased daily from 3.30pm now. So it is worth pre-booking a timeslot online before arrival.

Housing the largest collection of Van Gogh artwork in the world, this fascinating modern museum costs €17 to enter. Spanning three floors, visitors are taken on a journey through Van Gogh’s life as an artist (a mere decade), his inspirations, family and finally his decent in to despair.

The display on the ground floor showcases numerous self-portraits of the artist painted and drawn over a number of years. There are a number of well-known Van Gogh works on display, including Sunflowers and The Bedroom. The narrative boards which go alongside the artwork are extremely well done and offer an insightful look in to the artist’s life.

The Rijksmuseum sits majestically at the entrance to Museum Square. It spans four floors, which are dedicated to Dutch art and history. It houses 8000 pieces of art and artefacts spanning from the 12th century to the beginning of the 21st century. Each floor covers a period in time and is colour coded according to era. This is not the easiest museum to find your way around, so make sure you make use of the maps on offer.

You will find classical works by many famous artists such as Rembrandt and Van Gogh, but this is not the place for modern art lovers. The museum’s interior rooms could easily rival some of the world’s finest museums, with its beautiful tiled floors, white marble and elegant ceilings. This is contrasted by a modern lower ground floor entrance area.

Entrance into the museum is €17.50 and there are audio tours available in many languages. There is a restaurant on site, although food here is quite pricey. To really appreciate the museum, I would recommend spending half a day there.

This small but quaint museum sits inside a privately owned, early 20th century townhouse. Located next to the Van Gogh Museum, I visited the Moco because it advertised an Andy Warhol and Banksy exhibition. After paying the €12.50 fee, I was pleasantly surprised at the superb exhibition housed inside.

Split over two floors, Banksy’s ‘Laugh Now’ exhibition could be found on the ground floor. The display featured around 50 works of art, including his famous Girl with a Balloon, Soup Can, monkey stencils and the large canvas Beanfield (which had not been on display since 2009). The highlight is one of his famous graffiti trucks, which seems to emerge eerily from nowhere in a darkened room.

Warhol’s ‘Royal’ exhibition is housed on the lower floor, next to the gift shop. Several of his well-known works featuring celebrities and royals are on display. Highlights include portraits of Marilyn Monroe, Grace Kelly and the Campbell’s soup can.

I am a big fan of vineyard and brewery tours, so I had to visit the Heineken Experience during my first visit to Amsterdam. Located within the brand’s former brewery, entrance costs €16 per adult but there are often queues to get in.

Inside, the museum has been cleverly put together as it takes visitors on a journey through the brewing process and teaches them about the history of the company. Staff were enthusiastic during the ‘tasting’ experience, encouraging people to get involved as much as possible. Each visitor is entitled to two beers each, which can be redeemed at the end of the tour. There is also an impressive gift shop close to the entrance, fulfilling all your Heineken souvenir needs. 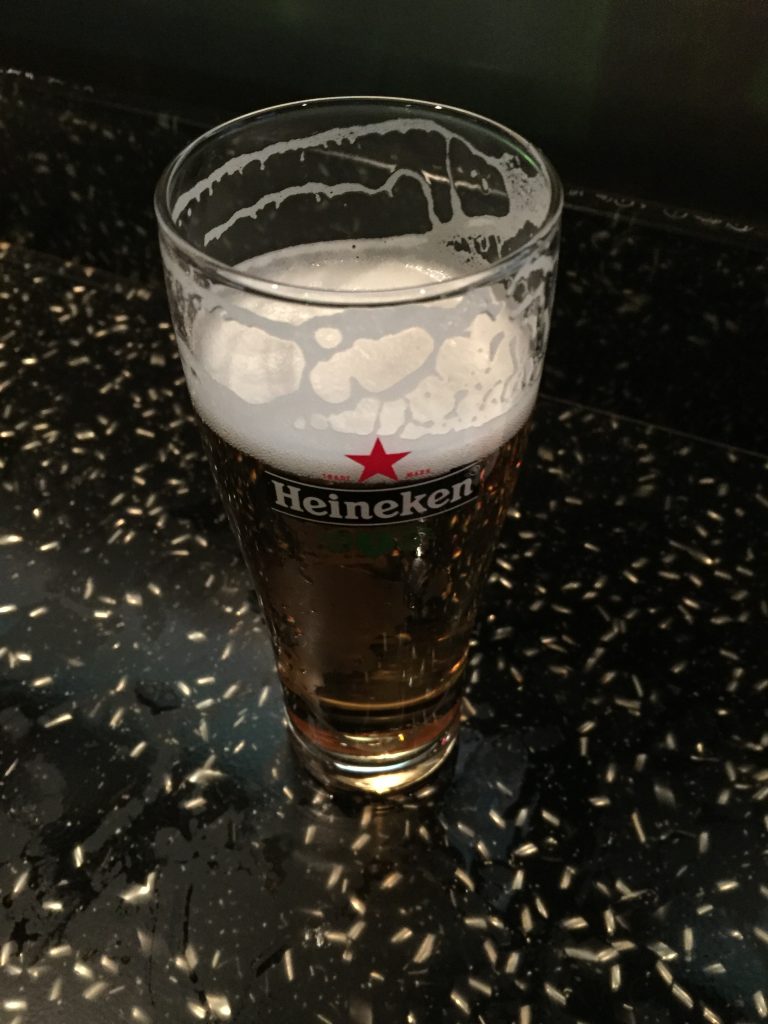 This is great fun to visit, although I would recommend going with a friend (I went on my own), as everyone seemed to be with other people. Also keep in mind that any large bags have to be put in to the cloakroom, which often has long queues.