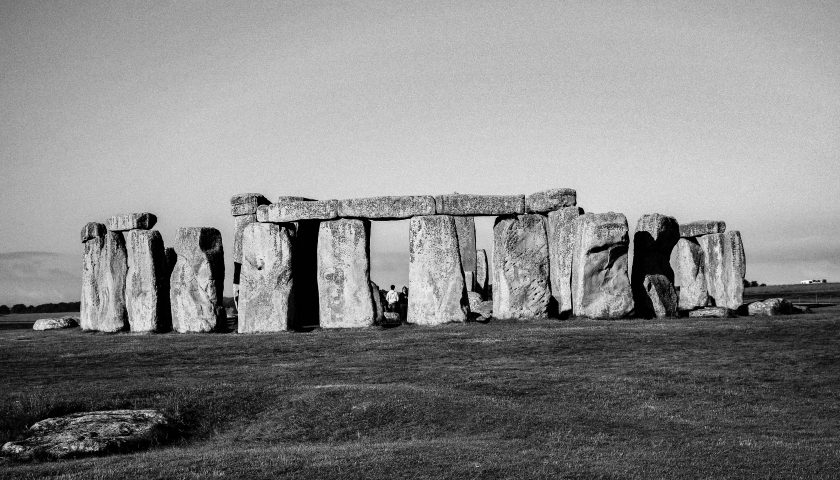 As some of my readers will know, I am a Southampton native and know the city and its surrounding areas very well. In a previous post, I covered things to do, places to stay and eating out in Southampton. In this post I wanted to highlight some of the great attractions that are easily accessible from Southampton cruise port.

Many people come and stay in the city before or after a cruise, whilst others visit for the day on a cruise ship. The city is perfectly located if you want to see some of the UK’s most famous historical attractions, as well as some stunning English countryside. Whether you explore by car, coach, train or taxi, here are my top things to do when visiting the region on/for a cruise.

The naval city of Portsmouth is a 30-minute drive (or 40 minute train ride) from Southampton city centre. One of the city’s main attractions is Portsmouth Historic Dockyard – home to Lord Nelson’s HMS Victory, HMS Warrior 1860 and the Mary Rose Museum. The Dockyard actually houses over 11 attractions with many hands-on exhibits, which are perfect for children.

Portsmouth Historic Dockyard is a great place to experience maritime history. HMS Victory was the former flagship of the British Navy at the Battle of Trafalgar and it was where Vice Admiral Lord Horatio Nelson lost his life in 1805, fighting against the Spanish Armada. Find out what life was like on board by walking the decks of the ship, which is currently undergoing a 13 year £35 million conservation project. You’ll see the spot where Lord Nelson fell, and you can walk the decks to see the cramped conditions that accommodated up to 800 sailors.

Step back in time with a visit inside the impressive Mary Rose Museum, home to Henry VIII’s flagship vessel. The Mary Rose sank during the ‘Battle of the Solent’ in 1545 and the reason for its sinking remains a mystery. She was raised from the seabed in 1982 and has been part of a remarkable restoration project ever since. The museum holds an impressive collection of Tudor naval artefacts, along with skeletons and facial reconstructions of the crew. Portsmouth Historic Dockyard entry prices vary from £18 to £32 for adults and £13 to £23 for children. Family tickets are also available. Entry to the Mary Rose Museum is not included in the standard ticket price.

Portsmouth Harbour train station is located close to the dockyard. Close by you will find the vibrant outlet shopping centre Gunwharf Quays, featuring waterside dining and over 90 stores. This is my favourite shopping centre to visit, as I feel it has much more character than Southampton’s West Quay Shopping Centre. It’s also where you will find the Spinnaker Tower, an iconic Portsmouth landmark. Many of you will see the Spinnaker Tower as the cruise ships sail past Portsmouth after leaving Southampton.

The medieval city of Winchester was once England’s capital city and the former seat of King Alfred the Great. A 20-minute train journey (or 30 minute car ride) from Southampton will take you into the heart of the city. Winchester’s quaint cobbled streets boast an array of boutique and high street shops, independent and chain restaurants and numerous cafés and tearooms. If you are visiting the city for the first time, you may wish to book a free informal introduction to the city by a Winchester Greeter. These are volunteers who spend between 1 and 4 hours showing you around the city.

Step away from the main High Street and you will find the city’s most prominent landmark. Winchester Cathedral is one of the largest Cathedrals in the UK, with the longest nave in Europe. It is also the resting place for Hampshire based author Jane Austen. The Cathedral’s crypt is worth visiting as it houses a life-size statue by sculptor Antony Gormley. The crypt floods when it rains, leaving the statue standing alone in the middle of the water. Cathedral entry costs £8 for adults and children under the age of 16 enter for free.

In a previous job I was responsible for promoting film locations across Hampshire, in a role for Hampshire County Council. One of Hampshire’s most popular film locations was Winchester’s Great Hall on Castle Avenue. This free attraction houses King Arthur’s Round Table, which adorns the far wall. The Great Hall is one of the finest surviving aisled halls of the 13thcentury and is the only remaining part of Winchester Castle (home of King Alfred the Great). Winchester’s Great Hall has been used in a number of film and TV productions including the BBC’s Wolf Hall and Hollow Crown.

Located between Winchester and Eastleigh is Marwell Zoo, one of my favourite local attractions. The 140-acre park has hundreds of endangered and exotic species of animal, including tigers, giraffe, meerkats, penguins and rhino. The zoo constantly invests money into conservation and educational projects. It also has a number of impressive new exhibits. Most recently its eight million pound Tropical House opened enabling visitors to enjoy face-to-face encounters with a range of tropical wildlife and plants.

Marwell Zoo has plenty for children and families, but there’s a lot for adults to see too. I never tire of visiting this zoo and each time I go I find there’s always something new to see. Marwell were also the brains behind the rhino and zebra statue trails in Southampton. Local schools and businesses sponsored and decorated an animal statue which was auctioned off, and the money raised was used for conservation projects abroad.

From March to September a bus operates to Marwell Zoo once a day from Southampton on bank holidays, weekends and school holidays. A bus service also runs from Eastleigh train station during these times.

A short drive out of Southampton will bring you to the New Forest National Park. The New Forest, once a hunting ground for William the Conqueror, boasts spectacular heathland speckled with pretty villages, coastal towns and miles of walking trails and ponies and donkeys roam freely. If you want to experience quintessential England then head to the coastal towns of Lymington and Milford-on-Sea, famed for their fabulous sea views, café culture and fabulous walking trails.

The New Forest is home to the UK’s number one family theme park Paultons Park and Peppa Pig World. It is the only place in the country where children can meet the famous cartoon character. The theme park has been running for many years and I used to go there as a child. There are over 70 rides spread over 140 acres and you’ll find different zones such as Critter Creek, Lost Kingdom and Little Africa. This theme park is predominantly aimed at young children, but there are rides teenagers may also enjoy.

The New Forest’s other main attraction is Beaulieu National Motor Museum. One ticket will give you access to the main museum, monorail, abbey, gardens, World of Top Gear and Palace House (home to the Montagu family). Tickets are pricey with a walk up price of £24.75 per adult but pre-booking is slightly cheaper. There are also family tickets available.

Many cruise ships offer shore excursions to Stonehenge – a UNESCO World Heritage Site – around a one hour and twenty minute drive from Southampton. Stonehenge’s history dates back over 4500 years and thousands of people travel from all over the world to see the site’s famous stone circle. When I was a child you were allowed to go up and touch the stones but, aside from certain times of the year, the stones are now roped off to the general public.

It doesn’t take long to walk around the circle but I am pleased that a new visitor centre now provides some context to the history of the stones. Stonehenge gets heavily populated with tourists meaning that traffic to the site can be very bad. You may also wish to visit Avebury henge and stone circles, another UNESCO World Heritage Site in the area.

A few weeks ago my husband and I drove to Windsor Castle from Southampton and the journey took us one hour and a quarter by car. Driving into Windsor was okay but parking was a bit of a nightmare, although parking rates were cheap. The castle stands in the centre of Windsor on top of a hill. It is the oldest and largest occupied castle in the world, and has been home to 39 monarchs so far. When we visited the Queen was in residence.

You can access the staterooms, Queen Mary’s Dolls’ House and St. George’s Chapel. Unfortunately the chapel was closed during our visit. I had hoped to see it before the royal wedding. We also got to the see the changing of the guard, which we were pleased about. Access to Windsor Great Park is free. Tickets into the castle are £21.20 for adults and £12.30 for children aged 5-17.

The Isle of Wight features a plethora of attractions spread over an area just under 150 square miles. The lush green landscape, dramatic cliffs and yellow sand beaches make it easy to see why thousands of holidaymakers flock to the island each year.

If time is restricted I would recommend getting the ferry across to Cowes and East Cowes (this is where Red Funnel and Red Jet dock) which are connected by a chain ferry. Cowes has a bustling High Street filled with designer shops, chain stores and businesses selling sailing equipment. There’s a multitude of cosy pubs, quaint tearooms and waterside eateries serving a variety of cuisine. During Cowes Week (4-11 August) this area comes alive with sailing enthusiasts, celebrities and tourists.

Queen Victoria’s former home, Osborne House, is located in East Cowes. Victoria and Albert bought the estate in 1845 as their summer home. The estate’s original house was deemed too small, so Albert co-designed a new property which was much more palatial in style. Queen Victoria died at Osborne House in 1901. Today visitors can explore the staterooms, family rooms, beach and grounds.

A visit to the Isle of Wight wouldn’t be complete without viewing The Needles.  These distinctive blocks of chalk rise out of the sea and are a famous landmark to the west of the island. You can take a chairlift or walk down to Alum Bay and from here you can take a boat trip out to The Needles and lighthouse. Alum Bay is famous for its multi-coloured sand, which can be purchased in the gift shop.

One thing that often surprises visitors to Southampton is the city’s close proximity to London. Hop on a train and you’ll be in the capital within an hour and a half. Beware as train fares are not cheap, but it’s certainly possible to visit London in a day.

Hi I'm Anna, a 34 year old blogger from the UK. I am a former seafarer, avid traveller and I am married to a former cruise ship deputy captain. I originally set up this blog to chart my travels as a thirty-something sailing with my husband on cruise ships, but now I write about all things cruise related. Whether you are a new or experienced cruiser, I hope you find my advice a useful aid when planning your next holiday. Read more...

This error message is only visible to WordPress admins

Share
This website uses cookies to improve your experience. We'll assume you're okay with this, but you can opt-out if you wish.Accept Read More
Read more
Necessary Always Enabled