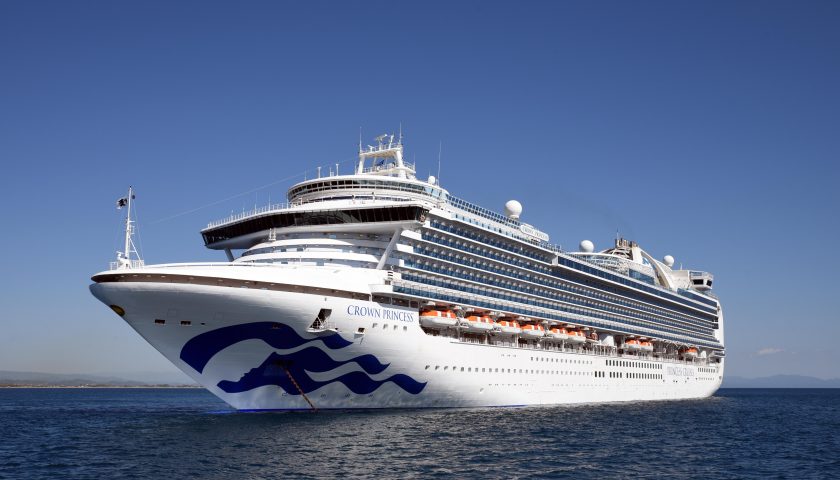 Last night I attended a special Princess Cruises launch event in London, which outlined the cruise line’s exciting plans for 2020. The brand’s Vice President for UK and Europe – Tony Roberts – made several announcements that will delight many of Princess Cruises’ UK guests.

Three Princess Cruises ships will sail out of Southampton in 2020

For the first time ever Princess Cruises will have three ships sailing a full season from Southampton in 2020 – Island, Crown and Regal Princess. A total of 1.4m cruise nights will be on offer from the UK, an increase of 30% on 2019.

Crown Princess will set sail for the Mediterranean, Canary Islands and northern Europe with a series of new voyages:

Prior to Crown Princess’ UK season, the ship will sail a shorter series of fly-Mediterranean cruises in April and May.

Island Princess will also be based in Southampton and will take in a range of new sailings including:

Regal Princess will sail the British Isles from May to September, travelling to destinations including Liverpool, Belfast, Dublin and Edinburgh. This marks the first time the ship has spent a season based in the UK.

Enchanted Princess to be named in Southampton

Tony Roberts said: “Europe remains the most popular holiday destination for our UK guests, so we’re delighted to offer more choice than ever before in 2020. The fact Southampton will see the launch of Enchanted Princess and that we have two of our newest ships, Sky Princess and Regal Princess, sailing in Europe, is a testament to the ever-growing popularity of Princess Cruises in the UK.

The 3,660-guest Sky Princess, which launches next year, will spend its first spring and summer season sailing Scandinavia and Russia roundtrip from Copenhagen. From April to September, the ship will take in the likes of Stockholm, Oslo, Tallinn, Helsinki, Berlin (Warnemunde) and an overnight stay in St Petersburg. Three of Princess Cruises’ newest ships – Enchanted, Sky and Regal – will all be based in Europe in 2020.

The announcements form part of Princess Cruises’ 2020 programme, which includes sailings across Europe as well as Asia, the Caribbean, Alaska and Canada & New England.

Three new Royal-class ships are currently on order with the next new ship, Sky Princess, under construction scheduled for delivery in October 2019. Princess Cruises recently announced two new LNG ships, which will be the largest ships in the Princess fleet. They will accommodate approximately 4,300 guests, with expected delivery in 2023 and 2025. Princess now has five ships arriving over the next six years between 2019 and 2025. More details can be found on the Princess Cruises website.