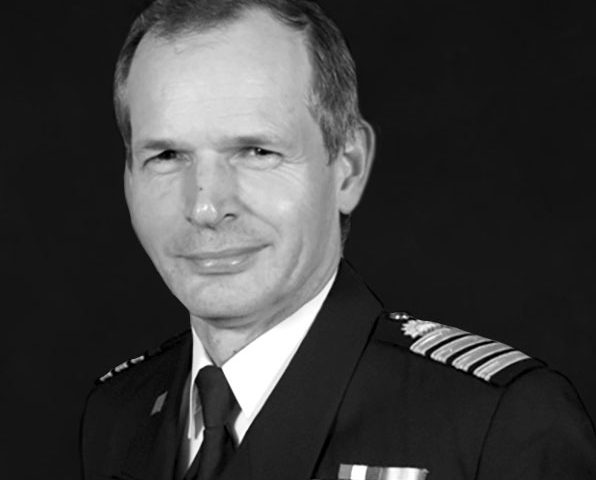 Princess Cruises has announced the senior leadership team for the 3,660-guest Enchanted Princess, which is currently under construction. The team includes three crew members from the UK.

Construction of the ship is taking place in the Fincantieri shipyard in Monfalcone, Italy and will be completed next year. Enchanted Princess will then be officially named in Southampton on June 30, 2020, the first Princess ship to be named in the UK since Royal Princess by HRH, the Duchess of Cambridge, in 2013.

The leadership team brings with it a combined total of 160 years service with Princess Cruises and comprises the following:

Captain Nick Nash (UK) – Hailing from Penzance, Cornwall, Captain Nick Nash joined Princess Cruises in 1989 and has since been at the helm of more than half of the ships in the line’s fleet, including the 3,560-guest Royal Princess which he currently commands. He was promoted to Staff Captain in 1997 and Captain in 2002 and served as Fleet Captain in 2014 and 2015.  He was appointed President of The Nautical Institute in 2018, pledging to help in its efforts to improve standards of ship handling, as well as navigation bridge resource management. He has been awarded the United Kingdom’s Merchant Navy Medal for meritorious service.

Captain Gennaro Arma – Born in Sorrento, Italy, Captain Gennaro Arma began his career with Princess Cruises in 1998 as a Cadet and quickly moved up the ranks achieving his first command as Captain of Sea Princess in 2015, navigating the ship on two world cruises. He took the helm of Diamond Princess in 2018, where he currently serves as Captain. During his time at Princess Cruises he has been part of new build teams for the 2,670-guest Diamond Princess and 3,560-guest Regal Princess.

Staff Captain Raffaele Di Martino – Raffaele Di Martino started his career with Princess Cruises in 2004, serving as Third Officer onboard Dawn Princess. He was promoted to Staff Captain in 2017, serving most recently on the 3,140-guest Caribbean Princess and 3,560-guest Regal Princess. He graduated from the Nautical School of Nino Bixio in Sorrento, Italy and began his career at sea began in the Italian Navy and later onboard cargo vessels, ferries and tug boats.

Hotel General Manager Richard Harry (UK) – Born in Farnborough, Hampshire and now residing with his wife in Bristol, Richard Harry joined Princes Cruises in 1988 as a Front Desk Receptionist aboard the original Royal Princess, before rising through the ranks to his current position as Hotel General Manager. He will soon serve on the inaugural team of Sky Princess when the vessel departs the shipyard and debuts in October 2019. This will be the sixth time he has been a part of a new build team.

Hotel General Manager Dirk Brand – Dirk Brand began his career at sea in 1998 as a Senior Assistant Food and Beverage Director during the inaugural season of 2,600-guest Grand Princess. He has overseen all hotel functions for a variety of Princess Cruises ships, including most recently both the 3,560-guest Majestic Princess and Regal Princess. He was born in Berlin, Germany and grew up in Munich. Brand was previously filmed overseeing the hotel operation aboard Regal Princess for ITV’s ‘The Cruise’.

Jan Swartz, Princess Cruises’ president, said: “All of us at Princess Cruises congratulate Captain Nash and Captain Arma on their well-earned appointments as Captains of our new Enchanted Princess. It is an honour and a testament to their dedicated years of service.

“As we continue to grow our fleet with five new ships arriving by 2025, there are many opportunities for our crew to grow professionally. We believe we have the best crew at sea, who continually offer our guests a safe cruising experience and world-class service.”

The next ship to join the Princess Cruises fleet will be Sky Princess in October this year. Enchanted Princess will then be followed by the launch of the sixth Royal-Class ship for Princess Cruises in 2021. The line also has two new Liquefied Natural Gas (LNG) powered ships on order to be delivered in late 2023 and spring 2025, bringing its new ship order to five in six years.