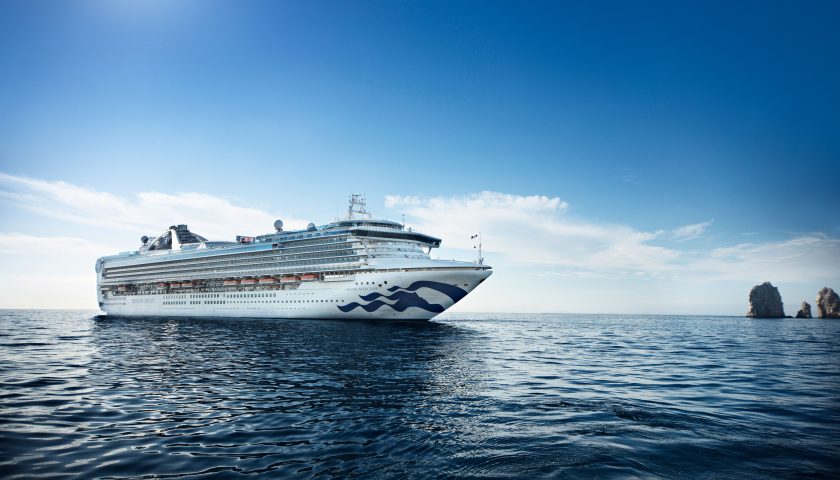 Princess Cruises has announced that 2021 will see its longest UK and Europe season ever.

The season will include a total of nearly 500 days cruising from the UK in Southampton across three ships – Grand Princess, Island Princess and Crown Princess – an increase of 9% on 2020. The 2,600-guest Grand Princess will sail the longest ever period for a UK-based ship, from April to November.

Meanwhile, Princess Cruises’ two newest ships, Sky Princess and Enchanted Princess, will additionally be based in northern and southern Europe respectively. This brings the total European cruise days up to almost 1,000.

Grand Princess will sail for 207 days from Southampton, including six school holiday sailings across the season. The ship will depart for the Mediterranean, northern Europe and Canada and New England, with several new voyages including:

The 2,200-guest Island Princess will spend a season sailing out of Southampton from June to October across northern Europe. The ship similarly will take in a range of new sailings such as:

The 3,080-guest Crown Princess will sail the British Isles from April to October on 14 Southampton sailings. The ship will travel to destinations including Liverpool, Dublin, Orkney Islands (Kirkwall) and Edinburgh, with select itineraries offering overnight calls in port.

The line’s two newest ships, the 3,660-guest Sky Princess and Enchanted Princess, will both be based in Europe in 2021. Sky Princess will spend April to September sailing Scandinavia and Russia roundtrip from Copenhagen, visiting destinations including Tallinn, Oslo, Helsinki and Berlin (Warnemunde), and will offer overnight calls in St Petersburg.

Enchanted Princess – which will be named in Southampton at the end of June next year – will sail across the Mediterranean from April to October via Rome, Athens and Barcelona, taking in the likes of Mykonos, Santorini, Kotor, Florence and Istanbul.

This means every ship based in Europe during 2021 will feature the multi award-winning OceanMedallion, which has been designed to deliver an entirely new level of service and create a holiday that is more simple, effortless and personalised with:

Princess ships also benefit from MedallionNet, which allows guests to stay connected anywhere on the onboard including staterooms. MedallionNet allows guests to share holiday experiences with friends and family back home; stream TV shows, movies and sports events; and make voice and video calls.

Tony Roberts, Princess Cruises vice president for UK & Europe, said: “Europe continues to go from strength to strength as the destination of choice for UK guests and we are thrilled to be able to offer our longest season in history. We will offer more choice than ever before, with UK guests able to take advantage of a huge range of fantastic destinations sailing from right on their doorstep.

“Having five MedallionClass ships based in Europe, including our latest vessels Sky Princess and Enchanted Princess, is testament to Princess Cruises’ commitment to offering UK guests new onboard experiences, premium services and a wealth of holiday options.”

Princess Cruises has confirmed that Crown Princess has become its fourth MedallionClass ship. Crown Princess becomes the first UK-based ship to feature the OceanMedallion. The vessel is based in Southampton this summer sailing the British Isles on a series of 12-night voyages. In addition, Crown Princess now benefits from MedallionNet, which allows guests to stay connected anywhere onboard including staterooms.

The three other ships which are already MedallionClass vessels are Caribbean Princess, Regal Princess and Royal Princess. Ships are fitted with 72 miles of cable and 4,000 sensors to get them OceanMedallion ready. Its implementation requires more than 650 readers and 4,000 interactive portals.

Seven more ships will become MedallionClass vessels up to the end of 2020:

Following her UK season, Crown Princess will make her way to Fort Lauderdale in September for roundtrip Caribbean sailings. The ship will return to the UK from May-November 2020, where she will sail from Southampton on a series of voyages to the Mediterranean, Canary Islands and northern Europe.

The vessel has over 1,500 cabins, including nearly 900 balconies, and four swimming pools. It has 19 decks; 18 restaurants, cafes and bars; and at a length of over 950 feet is around the size of three football pitches.

Tony Roberts said: “We are so excited to see an OceanMedallion-activated ship in the UK as guests can now see first-hand the huge number of benefits it brings with it. OceanMedallion is intended to make every guest feel like a VIP and helps them relax and enjoy their cruise from the moment they are ready to step onboard.

“From quicker access on and off the ship, to the unprecedented on demand service, to being able to stay in touch with friends and family wherever they are on the ship, all mean guests on Crown Princess can now make the most of every aspect of their holiday with us.”

Princess Cruises is offering a 17-day Mediterranean and Greek Isles voyage on Crown Princess, from £1,699 per person. Departing November 6, 2020 and sailing roundtrip from Southampton, ports of call include Seville, Cartagena (both Spain), Valetta (Malta), Mykonos, Kusadasi and Santorini (all Greece). Includes up to $500 per person spending money.

My husband was part of the design team of @pandocruises #Iona, back when he worked for CUK as Deputy Captain. People often forget the hard work that goes on behind the scenes to build these monumental vessels, but it’s great to see the finished result. https://t.co/k5dPmmywov
View on Twitter