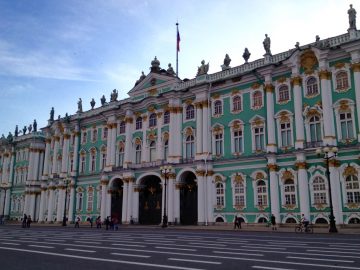 St. Petersburg is the highlight port on any Baltic cruising itinerary. Cruise ships often stay in the city overnight, so their passengers and crew can make the most of what this magnificent city has to offer. Although crew are allowed ashore independently, passengers can only go ashore here as part of an organised excursion or if they hold a valid visa. The large majority of people take advantage of ship-organised tours, with some embarking on three (even four) excursions across the two days.

St. Petersburg has a vast number of palaces, each varying in historical significance and accessibility to the public. I am going to talk about four of the most popular, which you are most likely to find on a cruise ship excursion. P&O Cruises operate trips to each, but you can go there independently with your own visa. I have visited all four and each one fascinated me in different ways.

Things to remember when you visit a Russian palace: 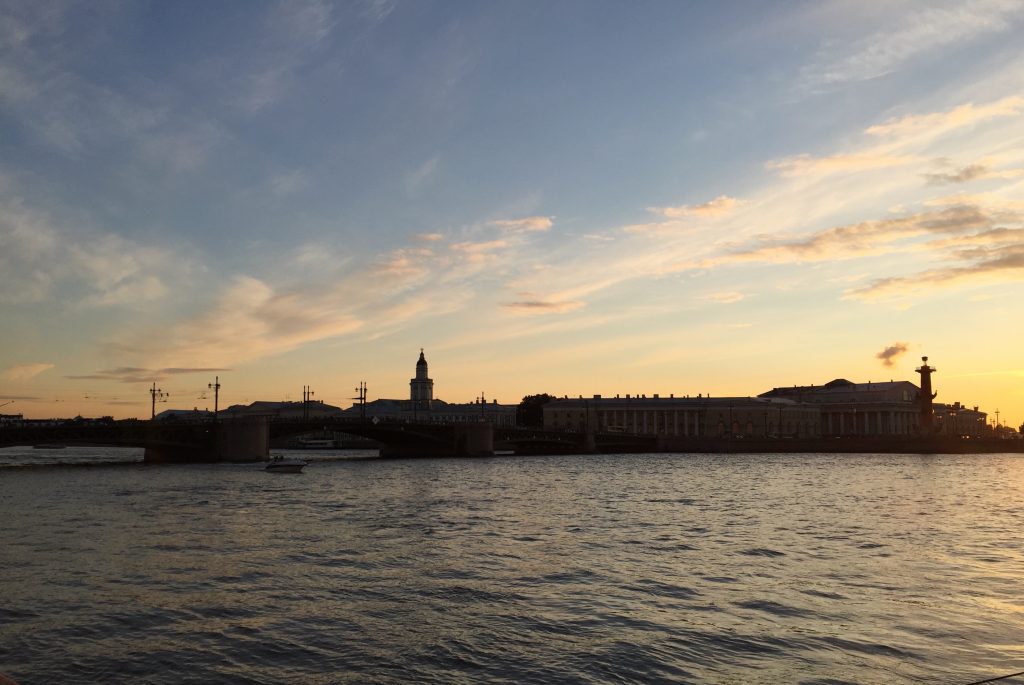 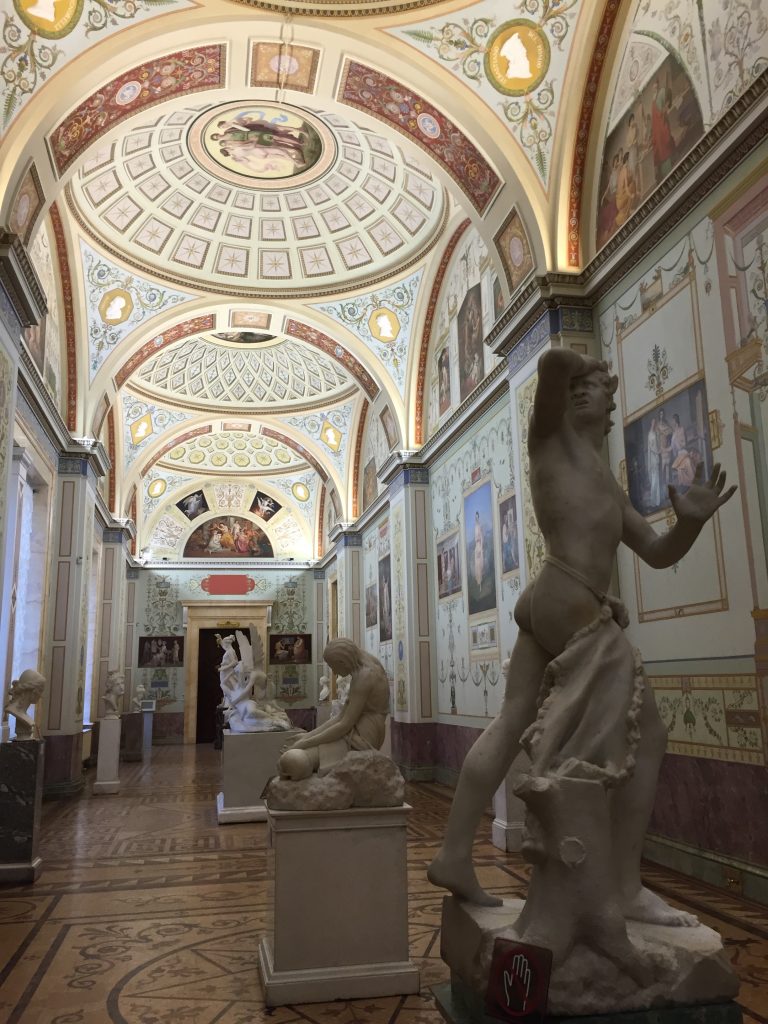 This is St. Petersburg’s most famous palace and is now one of the oldest and largest museums in the world. Located along the south bank of the River Neva, there have been several versions of the Winter Palace. The current design was built between 1754 and 1762 and was home to Catherine the Great. Catherine acquired a series of paintings, which she housed in a specially built complex next to the Winter Palace. These paintings were the basis for what later became the museum.

Spanning six buildings, The State Hermitage Museum features over three million items and has the largest collection of paintings in the world. Today visitors can view works by the likes of Rembrandt, Da Vinci, Picasso and Raphael. There are also permanent collections of antiquities, archaeological artefacts and numismatics. 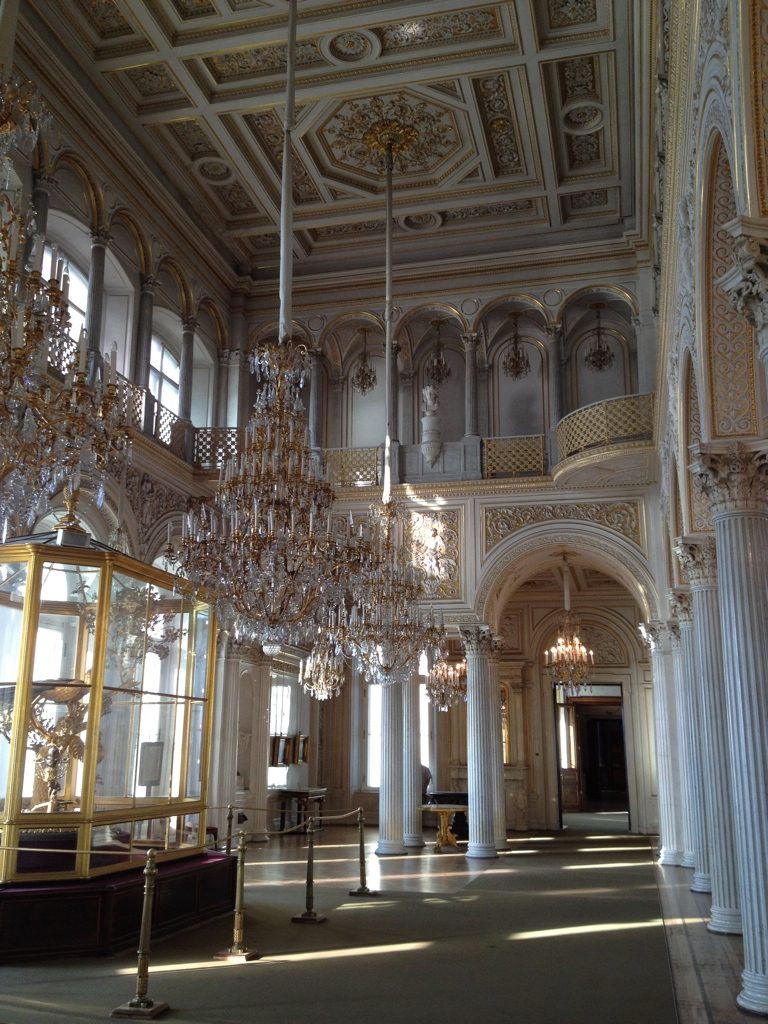 During the day the museum gets very busy, but I did an organised P&O Cruises shore excursion called ‘An Evening at the Hermitage.’ You are taken on a tour around the museum when it is very quiet, taking in a mixture of artwork and artefacts as well as viewing the staterooms. The evening concludes with a classical concert and champagne reception. The impressive thing about this tour is that there are very few visitors outside of the tour group, so you really get a sense of the scale of the staterooms. Unfortunately our guide did walk very quickly so it was hard to learn about what we were seeing. But the classical concert was excellent! 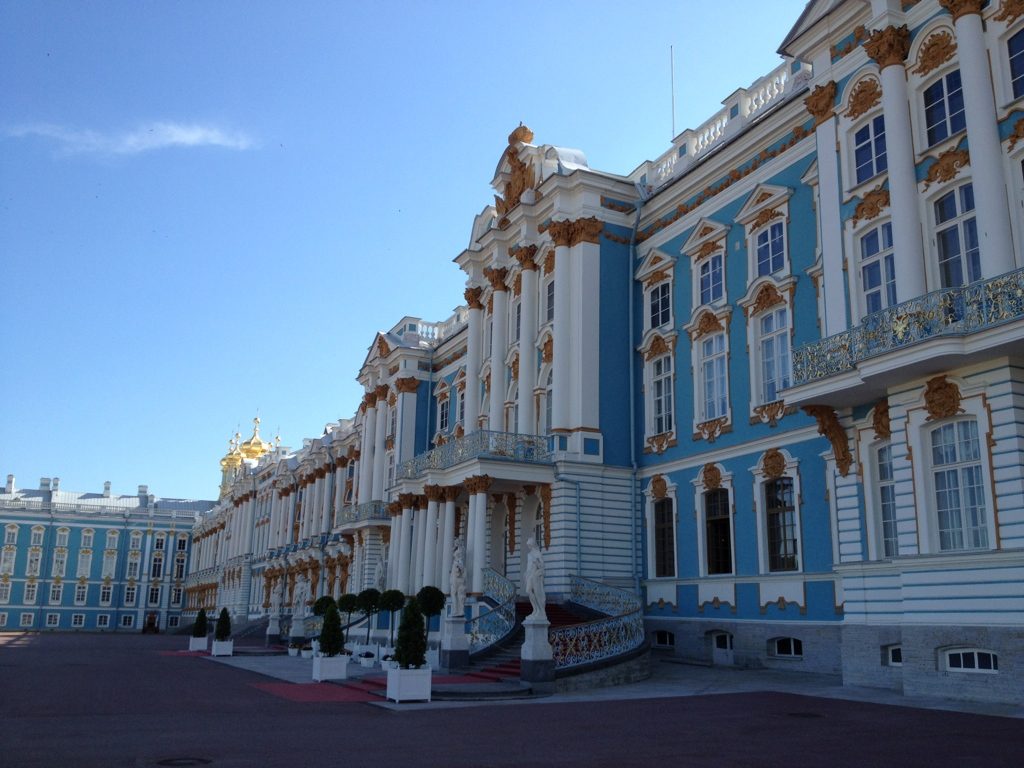 I consider this to be the most opulent of the four palaces. With staterooms dripping in gold, floor to ceiling windows and ornate parquet floors, the Catherine Palace never fails to impress its visitors. Located in Tsarskoye Selo, a one-hour drive from the port area, the palace was named after Catherine I, and was commissioned by her husband Peter in 1717.

The exterior is a colourful mixture of blue, white and gold and its circumference spans 1 km. The Catherine Palace is packed with visitors in the day and it is not unusual to face large crowds at the entrance. Once inside visitors follow a strict route, limited to around an hour, which takes them in to key staterooms. Highlights include the Great Hall, the White Dining Room and the Amber Room. The latter is a reconstruction of the original room made of amber, which was dismantled during the Second World War, never to be seen again. In 2003, the reconstructed room was opened at a cost of $12 million.

Outside you can stroll around the landscaped grounds, also known as Catherine Park. 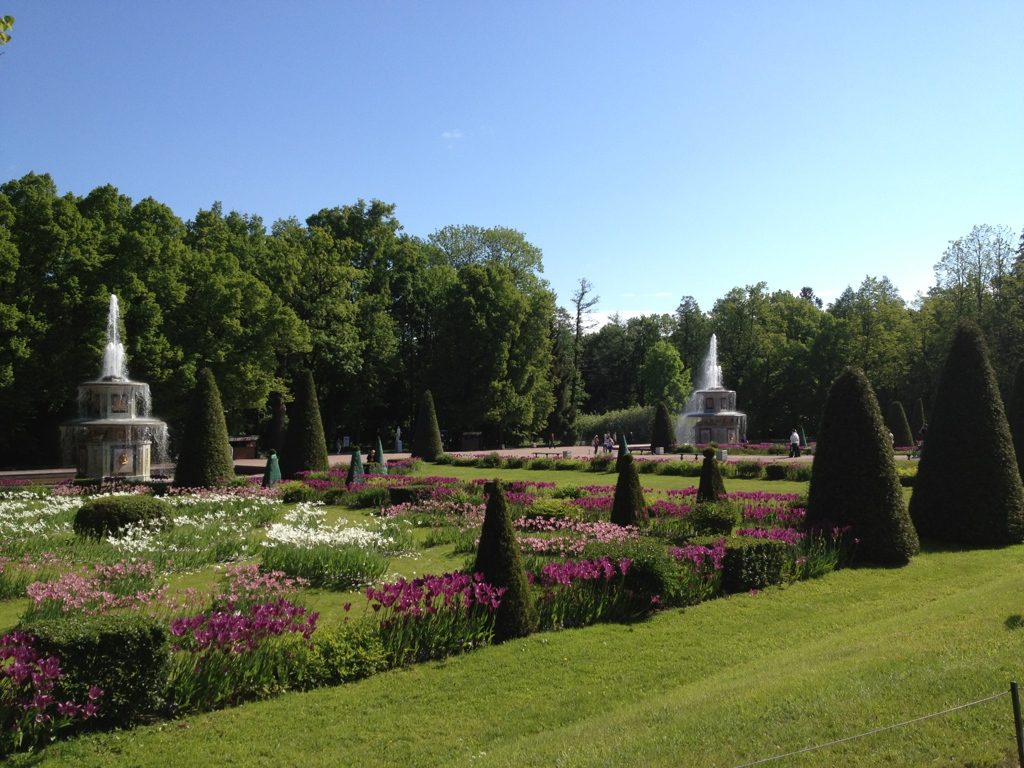 This elaborate estate is often likened to the Palace of Versailles in France and is best known for its landscaped gardens and wonderful water fountain show. This was another palace commissioned by Peter the Great and it was completed by his daughter Elizabeth after his death.

The Grand Palace sits high above the gardens and boasts a modest exterior of muted white and soft yellow tones. Inside the staterooms are lavish, with a gilded ballroom, oriental inspired Western Chinese Study and an airy throne room.

Peterhof’s park and gardens are the most impressive of all of the palaces I have visited. You need at least one hour to walk around even just a small part of the grounds. Visitors can visit the Hermitage Pavilion or Marly Palace in the Lower Park, which is made up of more formal gardens. Or they can venture further afield to see the Gothic Cappella and Cottage Palace in Alexandria Park, to the east of the main grounds. 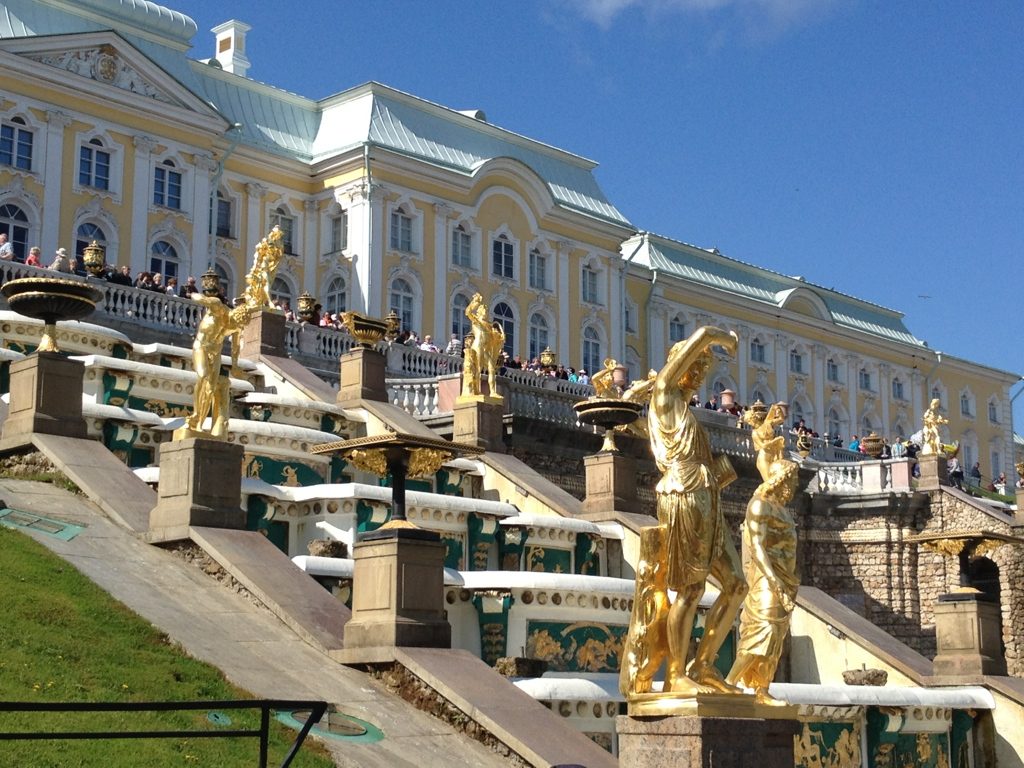 The famous fountains, including the Grand Cascade, comprises 64 fountains and over 200 statues and runs from the exterior of the palace, down to the Marine Canal. The Grand Cascade serves as the focal point of an impressive show, which takes place to music at set times of the day. This was what turned Peter the Great’s vision in to the Russian equivalent of the Palace of Versailles.

Located along the Moika River, this palace was home to the wealthy Yusupov family between 1830 and 1917. It has retained many of its original features and, although it is smaller and less ornate than the other palaces mentioned here, it is no less impressive.

Its sunny yellow exterior is hard to miss, but this is a stark contrast to its sinister background, which has become legendary. On 16th December 1916, Prince Felix Yusupov took ‘Mad Monk’ Rasputin down to the basement where he was poisoned and then physically attacked. He was then thrown in to a river and later died. There are now eerie mannequins in place in the darkened basement, to serve as a visual aid in the reconstruction of events.

The rest of the palace is charming, with an impressive gold, red and white theatre, a beautiful marble stairwell and well stocked library and study. Of all of the palaces, this is the one I found utterly captivating. Although it has a sinister past, the interior actually has a warm, homely feel.