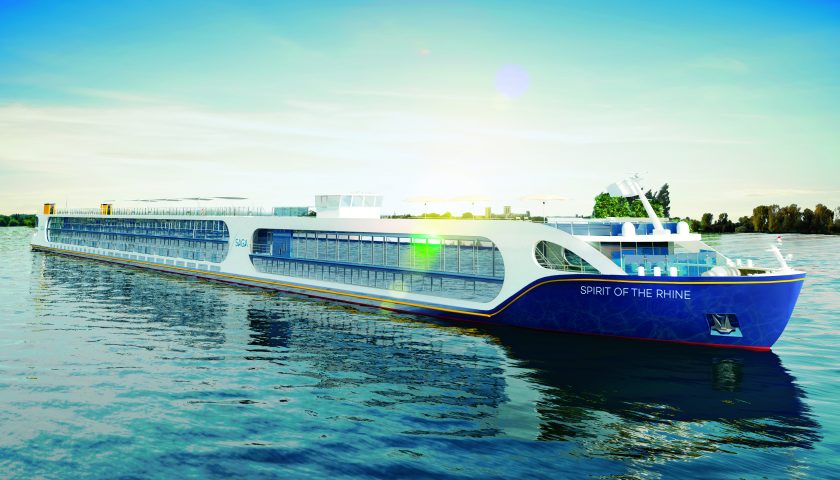 Michelin-star chef Nick Nairn knew nothing about international cuisine before he ran away to sea – he had never tasted curry and rice let alone pizza or pasta.

As a young navigating officer, he sailed throughout south-east Asia and discovered the delights of Asian menus and eating out.

Nick said: “When I first went ashore, I discovered dishes like nasi goreng, the Indonesian egg fried rice. I loved it, and it went from there, indulging in a new hobby of dining out. I spent about seven years trying dishes from Hong Kong to Singapore. It was the greatest education.”

In 1986, Nick left the merchant navy to open a restaurant, Braeval Old Mill, in Aberfoyle, and within five years he became the youngest Scotsman to gain a Michelin Star.

With a love of fine dining, combined with a love of being on the water, Nick says he ‘was more than happy’ to sign up with Saga to create a signature dish for new river ship Spirit of the Rhine. He will also host show-cookery demonstrations during two sailings.

Nick, 60, said: “I am kicking around ideas with the Saga team regarding the menu. At home in Stirling, my grandfather and father used to smoke their own salmon so that was a thought – it has the best taste and travels well which is so important as I must be able to guarantee the quality of the food.

“But I am known for my game dishes, I served Roe venison for the BBC’s Great British Menu Royal Banquet, which celebrated the Queen’s 80th birthday, so that is something I might recreate; a modern twist on a traditional dish could work well on Spirit of the Rhine.

“As for show-cooking, that plays to my strengths, it’s what I do at my cookery school in Port of Menteith. I love the entertaining, sharing ideas and skills.”

Nick’s signature dish will be available in the a la carte restaurant on Spirit of the Rhine and he will be on board during the April 19, 2021 Keukenhof and The Hague sailing and the October 25, 2021 Best of the Rhine sailing.

Nick added: “I’ll be in my element because as well as love of creating a dish, I love cruising. I have a real fondness for being on the water.

“I am always so busy but on board a ship you can get away from it all. It’s one of the few times I can genuinely relax.

“My father was a cruise director, so I have always enjoyed being on a ship. It fascinates me, a hotel that moves and vibrates as it cuts through the water and it’s so good to go to bed in one place and wake up somewhere else.

“Spirit of the Rhine will sail into ports I am not so familiar with and, being a river, my wife Julia will have no worries about being seasick, plus I am a great fan of German wine!

Nick, who runs the Kailyard restaurant at Dunblane Hydro and Jam Jar in the Bridge of Allan, Scotland, is regularly seen on TV including Paul and Nick’s Big Food Trip where Nick and Irish Michelin-star chef Paul Rankin have toured countries including the US, Canada and New Zealand.

Spirit of the Rhine launches on March 23, 2021 with sailings along the Rhine, Moselle, Main, Danube and the Dutch waterways.