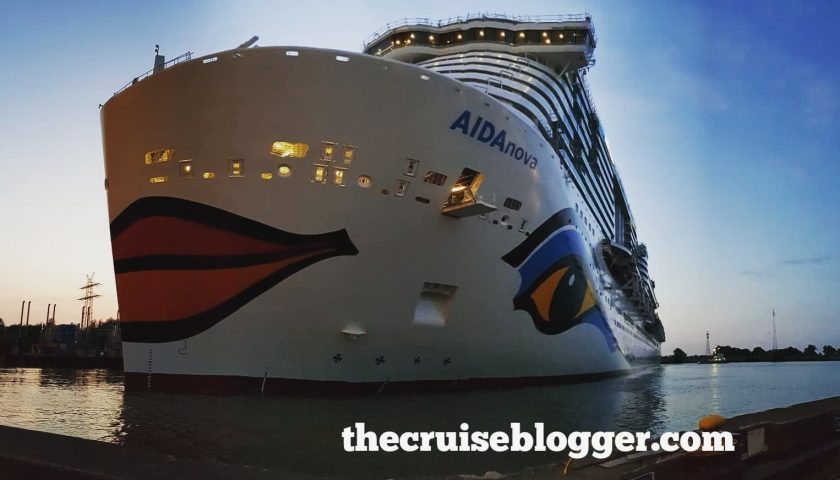 AIDAnova – the world’s first LNG powered cruise ship – has been floated out of the ship hall at the Meyer Werft shipyard in Papenburg, Germany. AIDA Cruises’ 5,200 guest vessel is the first of nine Carnival Corporation LNG ships due to be built over the next few years.

Many people turned up for the event which took place at 7pm German time on the 21st August. The float out is significant as LNG signals a change in the way cruise ships will be powered in the future. Liquefied Natural Gas provides a lower pollutant than diesel or oil. Royal Caribbean International, Disney Cruise Line and MSC Cruises will also be building LNG powered ships in the future.

AIDAnova has been moved to the outfitter’s shipyard where work will continue, getting her ready for her upcoming launch in November 2018. Her sea trials are due to take place at the end of September.

AIDAnova will give fans of P&O Cruises a glimpse of what Iona will look like. The two ships are the same design, but Iona’s bow will be flared to match the existing fleet. Iona will be the third Carnival Corporation LNG ship to be launched after the Costa Smeralda.

All videos and photos were taken at the shipyard on Tuesday. You can find out more about the ship on the Meyer Werft website.