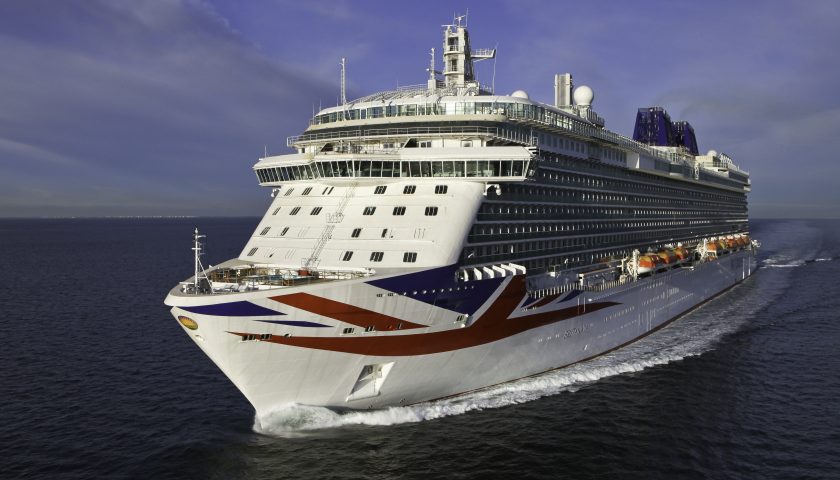 Host of BBC’s Saturday Kitchen, Matt Tebbutt and London-based award-winning chocolatier, Paul A Young are joining P&O Cruises flagship Britannia in the Caribbean this winter (B931) as part of the cruise line’s ‘Friends of the Cookery Club’ programme. During the cruise, Tebbutt and Young will create some of the best foodie experiences to be found on land or sea and will also inspire Britannia’s guests to recreate some culinary magic once they return home.

While on Britannia Young will offer interactive masterclasses in the state of the art Marco Pierre White Cookery Club where he will share some of the essential skills of making fresh, hand-made fine chocolates. Tebbutt and Young will then jointly host a once in a lifetime chef’s table dinner inspired by Caribbean flavours, with paired wines, which will be an experience not to be missed.

P&O Cruises president, Paul Ludlow, said: “As the holiday company for anyone with an interest in food, I’m delighted that our guests will have the opportunity to meet and learn from Matt and Paul who are incredibly passionate about their craft. It’s not every day that you rub shoulders with a successful chef/TV presenter and chocolatier while enjoying the holiday of a lifetime and I’m sure that our guests will enjoy this opportunity. Holidays are made of memories such as these.”

Matt Tebbutt is passionate about Modern British cooking, making the most of local, seasonal produce and getting back to nature by using wild and foraged foods. After university, he attended the prestigious Leith’s School of Food and Wine in London. He then landed a traineeship with Marco Pierre White, followed by a stint of classic French cooking at Chez Bruce. Moving on to work for his hero Alistair Little, he picked up tips on high-quality, rustic cooking and seasonal ingredients. Matt and his wife Lisa ran The Foxhunter in Nantyderry, for fourteen years, turning it into an award-winning restaurant with a daily-changing menu featuring local Welsh ingredients and Matt’s foraging finds. Since he left the kitchen to focus on TV work, Matt has presented Market Kitchen on uktv Good Food, filmed eight series of Food Unwrapped on Channel 4 and now presents Saturday Kitchen for the BBC. He also presents Best Bites on BBC2 and recently filmed two series of Save Money: Good Food with Susanna Reid.

Paul is a ground breaking and inspirational chocolatier who is at the forefront of the British chocolate scene. He trained as a chef before moving into the world of chocolate, Paul’s passion for his craft and his cutting edge creativity have won him numerous awards including Best Sea Salted Caramel in the World and led to him being ranked amongst the world’s best chocolatiers.

Paul has three chocolateries in London, including a flagship store on Wardour Street in Soho. Paul has a reputation as an incredibly creative chocolatier, a flavour alchemist who often incorporates unusual flavours into his wonderful chocolates and develops flavour combinations that are original, experimental, sometimes daring, yet always perfectly balanced. The International Chocolate Awards named Paul Outstanding British Chocolatier. Paul’s dedication to his craft, his personality and his experimental creativity shine through in the quality of his chocolates and through the style of his beautiful, indulgent boutique chocolateries.  Paul has appeared regularly on our screens, including most recently as an expert on BBC Two’s Made in Great Britainand popular historic series The

Matt and Paul will be joining Britannia’s B931, fourteen-night Caribbean sailing departing November 8, 2019. Select prices start from £1,491 per person (including flights).