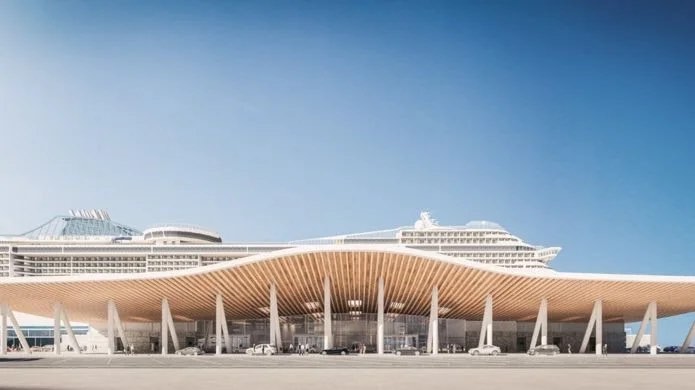 A new cruise terminal is set to open in the Port of Southampton next year. The £55 million terminal is part of a joint venture between Associated British Ports, MSC Cruises and Norwegian Cruise Line and it could bring millions of pounds into the local economy. The project will see shore power connectivity installed at the site, providing shore-side electrical power to cruise ships. Other features of the new terminal include a solar-powered roof. Southampton currently has four cruise terminals and, pre COVID-19, welcomed approximately more than two million cruise passengers annually.

Alastair Welch, director of ABP Southampton, said: “We’re very pleased to announce this major advance in our cruise infrastructure at the port, delivering further access to Southampton for the industry, whilst supporting our commitment to accelerate improvements in local air quality.

“This investment is a huge vote of confidence in the future of cruise in Southampton and we’re excited to be at the forefront of a growing industry.”

The project has received an £8 million grant from the Solent Local Enterprise Partnership through the UK Government’s Getting Building Fund.

This is an exciting development for the city of Southampton. As a resident, it’s been really sad to see the cruise ships come into port, unable to welcome passengers aboard. The city has lost the buzz that comes with the many thousands of passengers that visit each month.

It will be interesting to see these new innovations which will enable the newer generation of vessels to visit the city regularly. MSC Cruises has agreed to home port one ship each year, once the terminal opens. In a city dominated by Carnival UK ships, this new partnership could be just be the start of more international cruise lines choosing to have vessels departing more often from the UK.