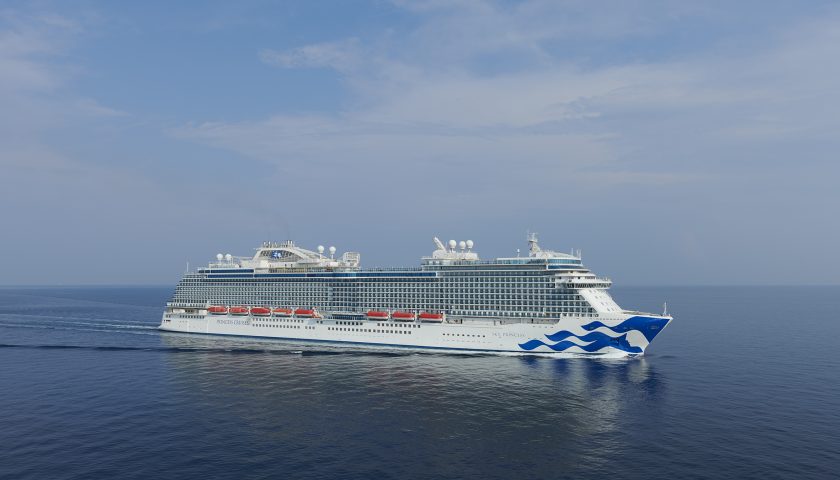 Princess Cruises has unveiled the line-up of celebrity speakers and guest entertainers for its Summer Seacations. MedallionClass ships Regal Princess and Sky Princess will sail roundtrip from Southampton between July and September this year offering scenic UK cruises and voyages with stops in Liverpool, Portland, Belfast and Greenock, on itineraries ranging from three to seven nights.

The celebrity speaker line-up, which includes household names from across the world of TV, entertainment and sport, will be the fourth speaker programme Princess Cruises has hosted on its UK-based ships.

·        Shaun Wallace – barrister, lecturer and television personality, best recognised as one of the ‘chasers’ on the ITV quiz show ‘The Chase’. Three-night cruise on Regal Princess, departing July 31.

·        Simon Weston – veteran of the British Army, known for his charity work and recovery from severe burn injuries suffered during the Falklands War. Four-night cruise on Regal Princess, departing September 5.

·        Sally Gunnell – former track and field athlete who won gold for Great Britain in the 1992 Barcelona Olympics for the 400 metre hurdles. Gunnell remains the only woman to have won the European, World, Commonwealth and Olympic 400m hurdles titles. Three-night cruise on Sky Princess, departing September 3.

In addition, guest entertainer appearances will include popstar Gareth Gates and X Factor runner-up Andy Abraham. Guests can also hear stories and enriching presentations from a destination expert and a maritime lecturer, who will provide their expertise and insight into travelling the world and working at sea.

Tony Roberts, Princess Cruises UK & Europe vice president, said: “We are excited to announce the return of our popular UK-based speaker programme for our Summer Seacations. We are looking forward to welcoming several household names to Regal Princess and Sky Princess, providing guests with unique and immersive experiences that can only be found on a Princess ship.

“We are sure that guests sailing on our Seacations this summer will head home from their holiday with lasting memories and great stories to share.”

Other on board entertainment

Earlier this month Princess Cruises revealed on board entertainment details for its Seacations aboard Regal Princess and Sky Princess this summer, including production shows in the Princess Theatre.

Production shows aboard Regal Princess include ‘Bravo’ and ‘Sweet Soul Music’. As one of the line’s top-rated shows, Bravo seamlessly combines classic light opera with popular music and the result is an extravaganza that brings the house to its feet. Dancing amid breathtaking sets backed by a large orchestra, this Regal celebration delights audiences with such opera classics as “Time to Say Goodbye” and “Habanera” from Carmen, with contemporary hits such as Adele’s “Skyfall” woven seamlessly into the production. Joining Bravo as guest soprano will be opera singer and actress Shelley Rivers, whose theatre credits include performing as Eliza in My Fair Lady and working alongside incredible talent such as Sir Andrew Lloyd Webber and Glenn Close.

Guests on Sky Princess can watch the line’s newest production show ‘Rock Opera’, which debuted on the 3,660-guest ship in late 2019. Created exclusively for Princess Cruises, this one-of-a-kind production features incredible costumes inspired by glamorous avant-garde fashion with a musical soundtrack spanning classic rock, opera and musical theatre, sung in English, Spanish, Latin and American sign language – a Princess first. Rock Opera is brought to life by a talented cast with a special guest appearance by West End star Ross Hunter, who has starred in award-winning shows such as We Will Rock You and The Book of Mormon.

Other entertainment will include a live jazz trio in Sky Princess’ Take Five, where the band will perform classics while telling tales of true jazz legends throughout the ages, and blockbuster films airing on the 300-square-foot Movies Under the Stars screen.

In addition, guests on Regal Princess and Sky Princess can enjoy MedallionClass experiences such as Games Under the Stars, location-based scavenger hunts and the ability to stream favourite movies, shows, games and music through MedallionNet Wi-Fi, which has been hailed as the best Wi-Fi at sea.

All-inclusive fares for a balcony stateroom start from £539pp for a three-night scenic voyage and £599pp for a four-night cruise with up to one port. Fares include the cost of any COVID-19 testing which may be required at the time of travel. Guests can book with a £50 deposit if booked before May 3, 2021.

Princess also recently expanded its Book with Confidence policy which now allows guests the flexibility to change their holiday plans 30 days before the day of departure, receiving cancellation fees as a future cruise credit. This flexible booking option is available for any cruise bookings made through June 30, 2021, on voyages departing through December 31, 2021.

Princess Cruises ‘Summer Seacations’ can be booked through a professional travel agent, by calling 0344 338 8663 or by visiting princess.com. Available to UK resident COVID-19 vaccinated* guests only.