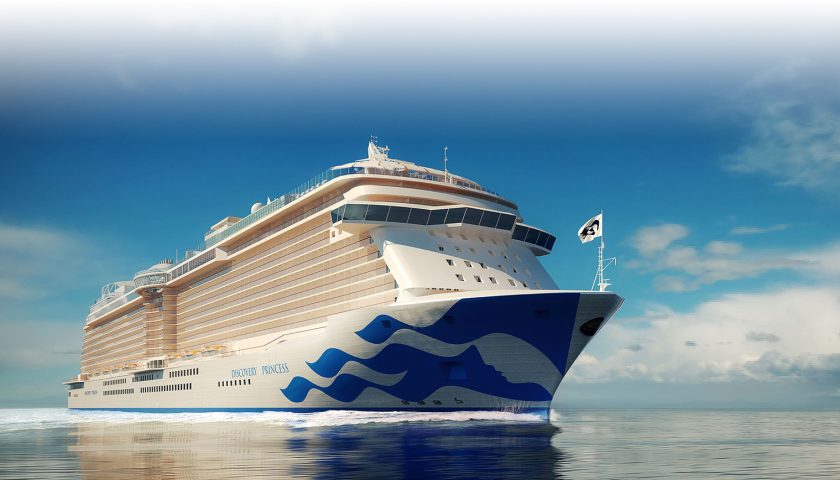 Her inaugural voyage is a seven-day Mediterranean and Aegean cruise from Rome to Athens on November 3, 2021. It can be combined with the subsequent seven-day Athens to Barcelona voyage to form a 14-day Adriatic and Aegean Medley sailing.

After a short season in the Mediterranean with departures from Barcelona, Rome and Athens, the ship will head to Fort Lauderdale for a series of roundtrip cruises to the Caribbean. This will be followed by several voyages around South America from Buenos Aires, Santiago and Fort Lauderdale, as well as Mexico and the Californian coast from Los Angeles.

Jan Swartz, president of Princess Cruises, said: “Discovery Princess will take our guests on the most memorable holidays of their lifetime, introducing them to new sights, new cultures and new experiences on every voyage.

“Discovery is both an expression of our brand as well as an important aspect of our guest experience. We know Discovery Princess will offer our guests cruise holidays that create memories they will cherish for a lifetime.”

Construction of the 143,700-tonne Discovery Princess will take place at the Fincantieri shipyard in Monfalcone, Italy. The ship will feature an evolution of the design platform used for the cruise line’s existing fleet and will be the third purpose-built ‘MedallionClass’ vessel to join the fleet.

Discovery Princess will be followed by the debut of two new Liquefied Natural Gas (LNG) powered ships on order to be delivered in late 2023 and spring 2025, bringing the line’s new ship order number to five in six years.

Princess Cruises is offering the seven-day Mediterranean and Aegean inaugural sailing on Discovery Princess from £1,389 per person. Departing November 3, 2021 from Rome to Athens, calling at Naples, Crete (Heraklion), Kusadasi (for Ephesus), Istanbul and Mykonos.