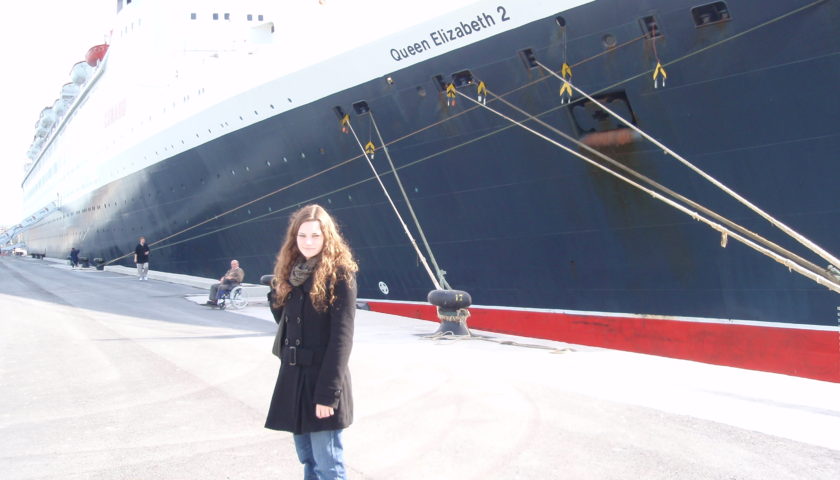 The Queen Elizabeth 2 ocean liner (or QE2 as she is fondly known) is to open as a floating hotel in Dubai, after a major refurbishment. QE2 first arrived in Dubai in 2008 but plans to turn her into a hotel ground to a halt, until now. An invitation only soft launch will take place on 18th April, with the official opening to follow in October 2018. The soft launch marks the opening of the first phase of the hotel project. Certain staterooms, suites, bars and restaurants will be opened to the public, along with the interactive QE2 Heritage Exhibition (adjacent to the main lobby).

Whilst a lot of the ship has been modernised, there are a number of venues that have been restored. These include The Chart Room, The Golden Lion, Grand Lounge and The Lido. Initially non-residents will be able to eat and drink in The Golden Lion, The Yacht Club and Queen’s Grill.

QE2.com is the official website for the hotel, which has images of the refurbished staterooms starting at around £135 per night. Guests have the choice of plush staterooms, with or without sea views and a number of suites (the Royal Suite is by invitation only). The staterooms have had a dramatic makeover, with luxurious beige and cream soft furnishings, flat-screen TVs and modern artwork. You can view images of the new interiors, along with more information about the hotel here.

My memories of QE2

QE2 has a very special place in my heart, as she was the first cruise ship I ever set foot on. From an early age my Mum and Dad took me on board on certain turnaround days to refresh a cabinet in the bookshop, which sold items from their shop Cobwebs Ocean Liner Memorabilia in Southampton. Dad also contributed a number of items to the QE2 Heritage Trail, a permanent exhibition on board. I remember hanging out as a child in the library and the bookshop, looking through the wonderful books on display. I also remember my parents cruising on her regularly, as she was always their favourite cruise ship.

I was fortunate enough to sail on her third to last cruise in 2008, a truly memorable experience. We set sail on 22nd October, returning to Southampton on 27th October 2008 as part of her Autumn Getaway Voyage. Our cruise took us to Bilbao, Le Verdon and St. Peter Port in Guernsey. I’ve kept my daily programmes, which sadly state that the cruise marked QE2’s final calls to these ports.

I shared a twin Caronia grade stateroom with my brother Simon, which had an adjoining door to my parents’ stateroom next door. At the time, the stateroom was quite dated with old-fashioned furniture and floral bedcovers, but it was comfortable all the same. QE2 retained her 1960s décor throughout her time in service (with modern touches), and this was part of her charm. The wood panelling which adorned the corridors and public spaces became one of her trademarks. The Midships Lobby went through several changes but it always left an impression on guests when they first stepped on board.

One thing I remember vividly from my time sailing on QE2 was afternoon tea. We ate afternoon tea in the Lido and the Queens Room. The dainty sandwiches and cakes were served by waiters in white gloves. Afternoon tea has always been an event on Cunard ships, and I feel fortunate enough to have experienced it on QE2. The Queens Room was a popular multi-functional venue, much like the more modern versions on the newer Cunard ships.

We dined in the Caronia restaurant and were fortunate enough to sit on the Chief Engineer’s table (I subsequently sailed with him on Oceana). The food was outstanding and I was particularly partial to the blueberry pancakes for breakfast. One evening I wasn’t very well and our waiters knew how much I wanted to sample the Baked Alaska. So they made sure they sent some to my room for me. At the end of the cruise the waiters put together all of my menus, along with a little note which says ‘something to remember on board QE2.’ The service was impeccable.

Saying goodbye to the most famous ship in the world

Although our voyage was only a few days long, it was lovely to sail on QE2 and I will never forget the experience. I kept quite a lot of memorabilia and it’s lovely looking back on the voyage now. It was a sad day when my parents and I went to say goodbye to her at the docks in Southampton on 11th November 2008. The mood was sombre but the send-off was spectacular.

Although her new purpose and location have been controversial at times, I am really pleased to see this great ocean liner opened up once more. I hope a whole new generation will get to experience this important part of maritime history.

You can read more about my cruising experiences here.