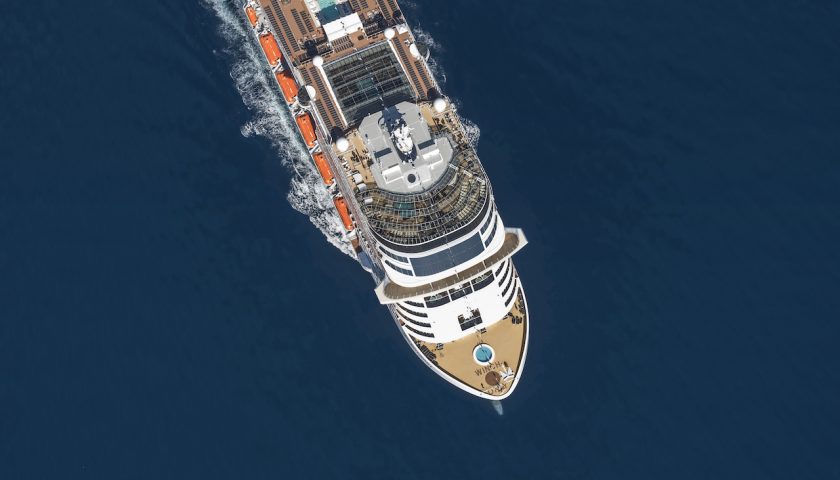 Pierfrancesco Vago, MSC Cruises’ Executive Chairman, said: “The delivery marks another chapter in the story of our partnership with Chantiers de l’Atlantique. Together we have already brought to life 14 highly-innovative cruise ships, paving the way for our Company’s initial growth. Many more will be built together over the coming years to further deepen the reach of our fleet. Furthermore, MSC Bellissima’s elegance and beauty, as well as focus on the best and latest maritime and environmental technology at sea, bear testament to our restless pursuit for innovation.”

As other ships in MSC Cruises’ fleet, MSC Bellissima pushes the boundaries of ship building and design. Bearing testament to the company’s commitment to protect the environment, she has been equipped with some of the latest environmental technologies available. These include, amongst others, a cutting-edge exhaust gas cleaning system, an advanced wastewater treatment plant, systems for the prevention of oil discharge from machinery spaces, a ballast water treatment system, and various energy-saving improvements – from heat recovery systems to LED lighting.

MSC Bellissima is also equipped with cutting-edge guest technology. She is the first MSC Cruises ship to feature ZOE, the world’s first virtual personal cruise assistant, which has been added to MSC for Me. The voice-enabled virtual personal assistant will be found in every cabin and can answer hundreds of questions about the cruise.

With yesterday’s delivery, MSC Bellissima has become the fourth ship to join MSC Cruises’ fleet in less than two years. As part of MSC Cruises’ unprecedented new builds programme, another 13 next-generation cruise ships are due to join its fleet by 2027. These include four World Class mega cruise ships capable of welcoming nearly 7,000 guests as well as four smaller ships that will serve the ultra-luxury segment.

MSC Bellissima is the second Meraviglia Class ship to join MSC Cruises’ fleet. As MSC Meraviglia, she is the ship for all seasons, with plenty of outdoor and indoor public spaces. With a length of just 315 metres, she has been designed to be able to access most of the world’s cruise ports.

Last night MSC Bellissima set sail towards Southampton, UK, where her Naming Ceremony is due to be held on 2 March. On 4 March she will depart on her maiden voyage, which will take her to Genoa, Italy, where she will spend her inaugural season, offering Western Mediterranean cruises. In November 2019, she will reposition to the Gulf, providing weekly sailings out of Dubai. In spring 2020 she will be deployed to Asia.

Earlier in the day, MSC Cruises and Chantiers de l’Atlantique held MSC Virtuosa’s Coin Ceremony, which takes place at the early stages of construction of a newbuild, when the keel is laid. Due to be delivered in November 2020, she will become the fourth Meraviglia Class ship in MSC Cruises’ fleet and the second of three Meraviglia-Plus ships, a larger and enriched version of the Meraviglia prototype with an increased number of cabins, more public space and additional features. Tradition dictates that two long-standing employees from the shipyard and the ship owner act as godmothers, placing two coins under the new ship’s keel block as a sign of blessing and good fortune. Today Elise Guérin, Project Manager, Chantiers de l’Atlantique and Helen Huang, President, Greater China, MSC Cruises had the honour of performing this traditional task.