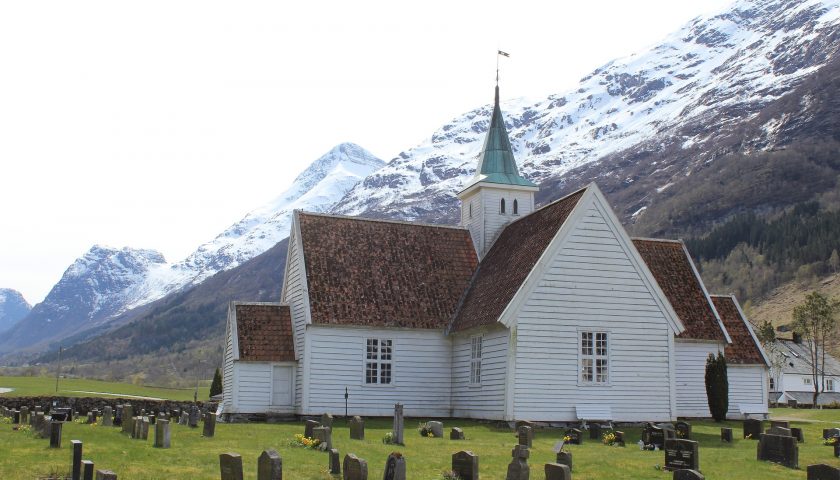 This is a guest post by cruise enthusiast David George. David lives in Chester and was a radio news producer for the BBC before his retirement. He now writes travel guides and cruise reviews. I had the pleasure of meeting him some time ago on Oceana (P&O Cruises) on one of the many cruises he has sailed on.

The main issue was deciding what to pack. I was in Norway last March searching for the Northern Lights and temperatures had hovered around zero. How much warmer might it be in May? I played safe and crammed my case with waterproofs and plenty of layers, only to wish I had made space for more t-shirts. Okay, it can feel chilly first thing but as the sun rose higher it became warmer and by mid-afternoon if I wasn’t ashore in shorts, I was on the sun deck and taking a swim in one of the pools.

Norway is a beautiful country. In small waterside villages like Flaam and Olden, Queen Victoria came alongside amidst some of the best scenery in the world. What could be better than walking the signed pathways beneath blue skies, drinking in clean mountain air and gazing in awe at snowcapped peaks reflected perfectly in mirror-calm waters? For those seeking more there are organised tours but some are expensive. In Flaam, the only standard-gauge mountain railway in the world takes passengers on a spectacular journey high up to a station on the Hardangervidda plateau. If you buy a return ticket at the station it will set you back 590Kr, about £60. Pre-book on board and the fare rockets to more than $100.

Busy ports like Stavanger and Haugesund bustle with activity. Cobbled streets, pretty clapboard houses and handsome churches attract interest at every corner and it is difficult not to be tempted by the shops. But beware! Although I could happily live in Norway, the cost of living is frighteningly high. Be prepared to pay £5 for a coffee or £8 for a beer.

Even though this was a short cruise, Queen Victoria offered a full programme of activities. There were popular bridge classes led by David Kroft and Henrik Rud Pedersen, fascinating watercolour workshops with Jean David, ballroom dancing in the elegant Queens Room (where formal afternoon tea is served by white-gloved waiters each afternoon), talks by guest speakers and in the evening the Royal Court Theatre attracted packed houses for energetic song and dance shows. On port day afternoons, the theatre doubles as a cinema.

The two-storey library is the one of the finest I have seen at sea, with thousands of titles and two librarians who know how to find the book you want. It is here that you can also pick up the daily quiz and crossword and it soon became my routine to take both into The Chart Room for a coffee. The comfy armchairs and soft sofas there are just the place to relax and stewards like Martina and Julito soon actioned my order without even being asked. An Illy cappuccino costs $4.83 and this includes Cunard’s 15% service charge.

My cabin was on Deck 2, nice and central for easy access to the theatre, shops and bars. It was a good size with sufficient wardrobe space and a generous number of drawers, ten in all. Tea and coffee making facilities are available and Room Service was quick and punctual when one morning I ordered breakfast in bed. Best of all, the picture window was the same dimension as those in the The Chart Room, big enough to do justice to the splendour of the Fjords.

My table in Britannia Restaurant was great fun, a mixture of singles and couples and with two Americans to add a new dimension. Our waiters Gusti and Mark were real professionals, as happy to chat about our days ashore as they were to provide me with extra ice cream for my desserts. The menu was extensive and meals came to the table piping hot. Napa, our wine waitress, was knowledgeable and incredibly she even managed to make me forget that each glass of red was setting me back $14. Formal evenings were grand affairs and everyone entered into the spirit, complying with the dress code. At other times, smart attire meant that the men didn’t have to wear ties but jeans were not allowed.

Such formality emphasises Queen Victoria’s style and elegance. This is a ship that recalls the heyday of luxury liners and I loved it. In every department service was courteous and cheerful and I found the absence of piped music a real bonus, especially when resting on a sun lounger. Occasionally the harpist or pianist would play discreetly in the atrium or the restaurant and the music added greatly to the relaxed ambience.

Judging by Cunard’s brochures for this year and next, Norway is a popular itinerary and having enjoyed every minute of this cruise I can see why. To combine the majesty of the Fjords with the majesty of Queen Victoria is a winning formula and I wasn’t alone in thinking so.

For pharmacist Karen Stone from Yorkshire, this was her first cruise. “It was absolutely fantastic,” she told me, “and I can’t wait to book another. The ship was luxurious and Norway has so much to offer. The trips were great – the speedboat to Pulpit Rock in Stavanger was thrilling and the scenery was spectacular!”

This is certainly a cruise with something for everyone. Okay, I might give the speedboat a miss but I’m definitely hooked on Norway.