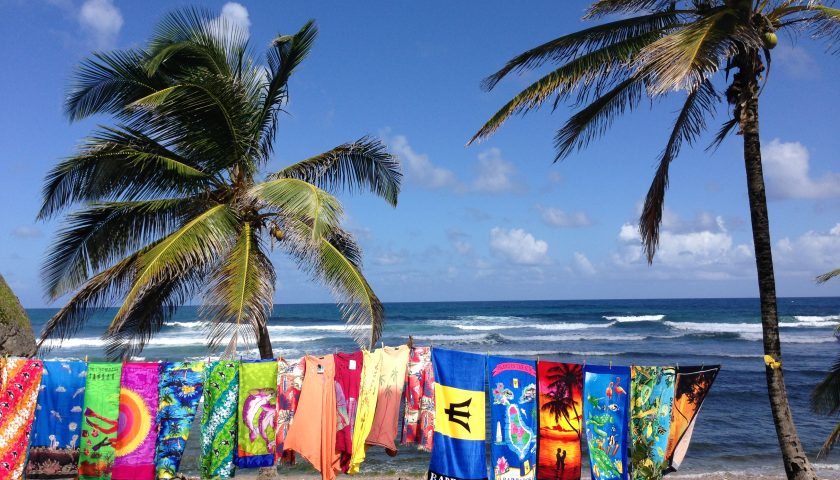 This is a guest post about Barbados by Sam Whiteside, Port Presenter with P&O Cruises. You can find out more about Sam at the end of this article.

Barbados is a Caribbean island that sits roughly 62 miles east of the Windward Islands. On a map it looks like it’s all alone in the Atlantic. This geographical feature is quite handy for the weather, as it means that Barbados sits outside of the principal hurricane belt. It enjoys year round temperatures ranging between 21-31°C, with a nice gentle breeze of 7-10 mph giving it a tropical climate.

At 167 square miles, Barbados is an easy island to explore and one of the more touristic islands in the Caribbean. It welcomes one million visitors annually, of which 600,000 arrive via cruise ship. For me Barbados is a great island for leisure activities, as it has a well-developed tourist infrastructure.

Bridgetown, the capital, has a large deep-water harbour that can accommodate several ships at any one time. With direct flights to the UK and US, it makes for a handy turnaround port for cruise lines wanting to have their ships based in the Caribbean during the European and Alaskan winters.

The port at Bridgetown is around 1.5 miles from the famous sandy shores of Carlisle Bay, which is an easy 30 minute walk from the cruise terminal. Bridgetown and its famous Garrison are listed as a UNESCO World Heritage site. Points of interest around the capital include the Mount Gay Rum visitor centre, Barbados Garrison and Blackwoods Screw Dock.

All beaches on the island are public, not privately owned. If you want facilities such as sunbeds you will have to pay to enter certain areas, but they are safe and you will also have access to food and drinks.

These are places like the famous Boatyard beach area. The Boatyard is known to cruise passengers and crew alike for its fun bar facilities, its array of branded t-shirts, cabanas on the beach and its pier, complete with rope swing and inflatable assault course. For cruise passengers it is only $20USD to access the Boatyard. The fee includes use of the onsite amenities listed above, plus one free welcome drink and transport back to the cruise terminal.

If you visit Carlisle Bay, snorkelling is one of the beach’s most popular activities as the seabed is home to several shipwrecks. Alongside Payne’s Bay, it’s also a great spot for seeing sea turtles in their natural habitat. Organised excursions will go to this area, but it is also very easy to find locals on the beach who will offer snorkelling trips. Prices will vary. I once paid $15USD for the privilege, but paid $5USD another time. It is worth getting a quote which includes details on the boat facilities and snorkelling equipment.

You will find plenty of taxis at the port area, to whisk you off to the island’s numerous beaches and attractions. It is worth checking taxi prices in the terminal’s tourist information office first. These prices are set by the government, so you will know you are being quoted a fair price.

If you want to venture further afield, you may like to explore the rugged north and east coasts of Barbados. The beaches here are not great for swimming, due to the strong currents and large waves. But both areas boast spectacular scenery.

A stop at Bathsheba is a must. The area is known for its shallow pools carved out of the coral reef and the striking rock formations along the coast. It is also home to the Soup Bowl, a popular hotspot with surfers due to the big Atlantic waves that roll in. Swimming at Bathsheba can be dangerous and is not recommended for tourists.

Barbados is rich with flora and fauna, which you can see at Andromeda Botanical Gardens on the east coast. The six-acre garden has an excellent array of exotic flowers, shrubs and trees. Another point of interest is the six-acre Orchid World and Tropical Flower Garden, located in the heart of the island’s countryside. Visitors can walk through carefully maintained grounds and five different orchid houses.

Towards the centre of the island sits Harrison’s Cave, one of the island’s best-known attractions. Visitors can embark on a tram tour through the extensive network of caves, taking in the spectacular stalactites and stalagmites.

For fans of watersports, head to Folkstone Marine Park and Museum on the west coast. This artificial reef was formed on purpose by the sinking of the ship Stavronikita. The reef is perfect for snorkelers while the shipwreck is great for experienced scuba divers to explore. Other watersports here include kayaking and paddle boarding. You’ll find a range of watersports at most beaches on Barbados. You can find out further information at the end of this article.

Quite a few cruise lines stay late or even overnight in Bridgetown. This affords you the opportunity to sample some of the fantastic restaurants and evening hotspots on the island.

Bridgetown itself does not have a huge selection of restaurants, but a short taxi ride away is The Gap at St. Lawrence, which has a great promenade with an array of restaurants to suit all dining needs. Seafood, of course, is a main staple of the diet here. Items that are found regularly on the menus include red snapper and the wonderfully tasty flying fish.

If you want to ‘do it like the locals’ then visit a fish fry, where you can sit down at picnic tables alongside fellow diners, grab a bottle of rum and have barbecued seafood or meat surrounded by reggae vibes. This is most popularly done on Friday nights at Oistins, a small fishing community on the outskirts of Bridgetown. It comes alive with sounds and smells and everybody generally has a great time.

On Fridays people tend to migrate from Oistins to Harbour Lights. This is a beach bar with a great atmosphere and cheap drinks deals, set on the beach at Carlisle Bay. There are also plenty of high-end restaurants across the island. Barbados has something for every taste and budget. 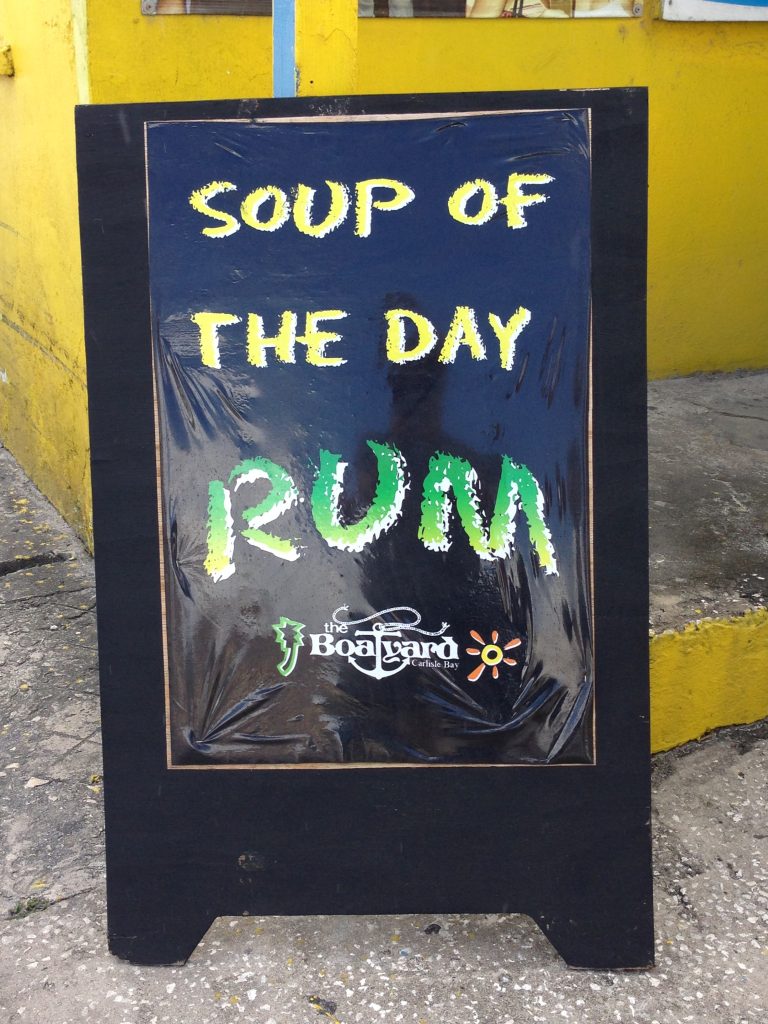 Barbados has its own currency which is the Barbadian/Bajan Dollar, set at $2 for every $1 US Dollar. US Dollars will be accepted by most vendors and taxi drivers across the island, but it’s always worth checking before making purchases. Cash machines tend to dispense local currency.

You can find out more about Barbados via the island’s tourism website. You will also find a range of other port guides available on The Cruise Blogger website. 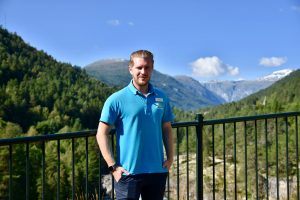 Sam Whiteside grew up by the seaside in Lowestoft, Suffolk but ended up working at sea by chance after a discussion at university with a professor. Having spent his entire ship career in the Shore Excursions department, Sam is currently a Port Presenter with P&O Cruises where he has been for 5 years. He has worked on all the ships in the current fleet.

Sam loves getting out and exploring all the destinations that he visits on cruises and is always excited to try new things and expand his knowledge of the ports. He has recently invested in a new passion of amateur photography, which is great in his job because he has the perfect material to work with on a daily basis. Sam doesn’t have a favourite destination. He finds they all have something special about them, but destinations he enjoys visiting regularly include the Baltic and the Central Mediterranean.